This painting of a valley in Mexico, allegedly an 1894 work by José María Velasco, was bought for $50,000 in 2020. An expert told buyers the painting was a fake. (Screenshot of LiveAuctioneers.com)

Three Fort Collins residents say they paid a Denver auction house $50,000 for a painting that was allegedly an original by 19th-century Mexican landscape artist José María Velasco, then discovered it was not a piece of Velasco and now want their money back.

Northern Colorado residents say they purchased the painting, a mountain scene with what appears to be Velasco’s signature next to the year 1894, in December 2020. Their attorney, Colin McIver of Denver’s Zaner Harden Law, has said the trio bought it as an investment.

The plaintiffs say they were told by Bruhns that the provenance of the painting — its chain of ownership, which is used to prove the validity of a work of art — would be included in the sale. But when they called and texted the sellers, Thomas Bruhns and Lawrence Schaffer, on Dec. 13, 2020, they were ignored and never received the provenance, according to their lawsuit.

Hanson then contacted Maria Elena Altamirano, who is described in the lawsuit as “the foremost expert in the world regarding the work of José María Velasco”. After looking at photos of the painting, Altamirano determined it was not a Velasco, according to the lawsuit. As for this provenance, it “never existed”, according to the three plaintiffs from Fort Collins.

“Bruhns knew provenance did not exist when Bruhns represented and warranted (to plaintiffs) that provenance would be provided to plaintiffs after the sale,” their lawsuit alleges.

A lawyer for Bruhns Auction Galleries declined to comment on the lawsuit.

According to that lawsuit, Bruhns and Schaffer ignored the buyers’ attempts to discuss a refund, so they hired lawyers and sued instead. The lawsuit alleges breach of contract, deceit based on fraud, theft, negligence, and a violation of Colorado consumer protection law. Antiques by Corky, at 1449 S. Broadway, is also a defendant because it exhibited the painting.

Fugate, Hanson and O’Sullivan claim they are entitled to three times what they paid – or $150,000 – plus attorney fees and court costs because the sellers acted in bad faith.

As for the origin of the painting, that remains a mystery for now. McIver said in an email that Altamirano could only determine that it was not an original Velasco. An online list describes it as a “Valley of Mexico landscape attributed to José M. Velasco 1894” that was purchased by a woman in Mexico City in 1939, passed on to a descendant in 1985, and then offered for sale online in 2015. 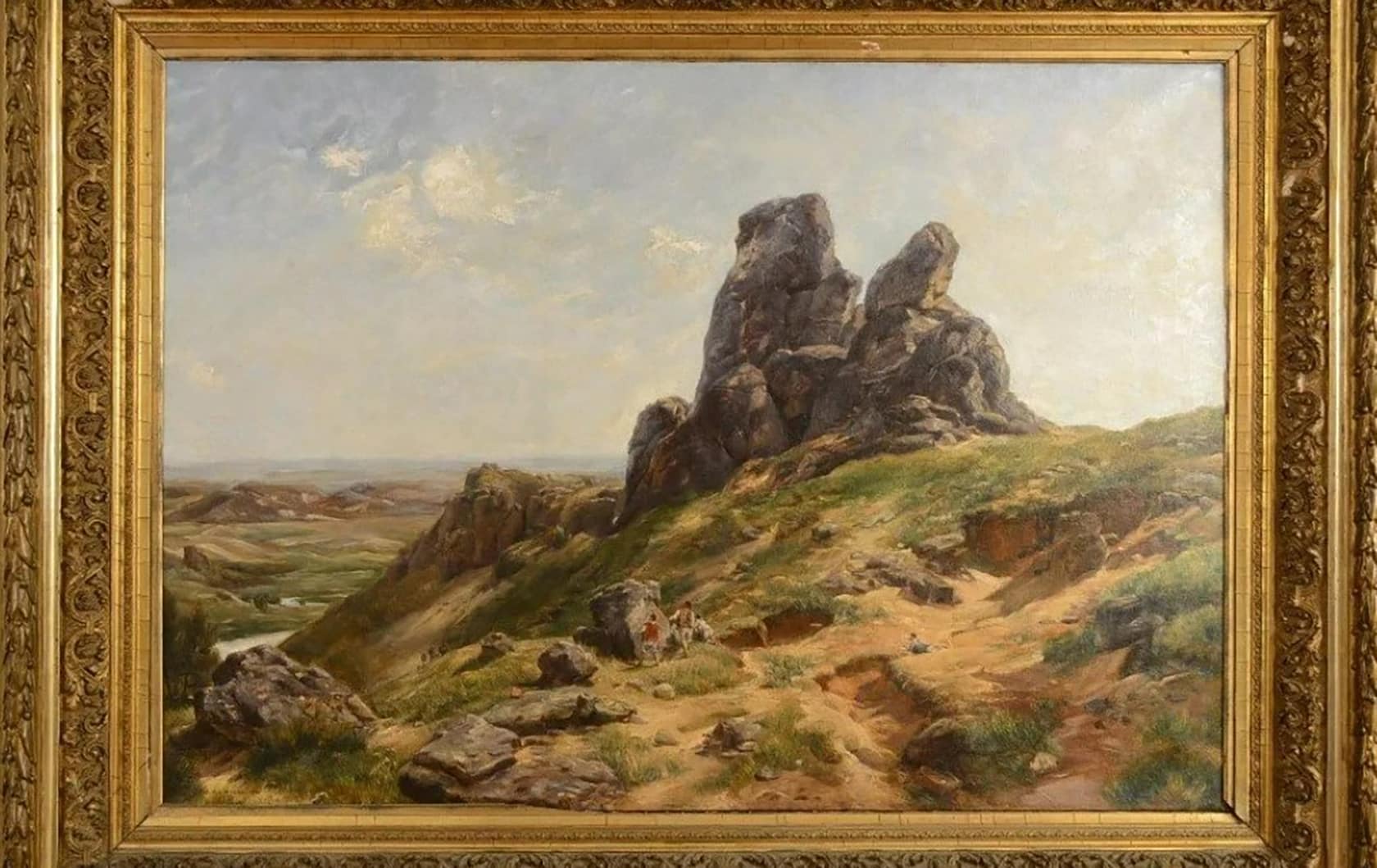 8 hours ago Melinda A. Day

Former US ambassador to France sues president of Tajan auction house for more than €700,000 in missing artwork

8 hours ago Melinda A. Day

Former US ambassador to France sues president of Tajan auction house for more than €700,000 in missing artwork

Online auctions to explore the metamorphosis of Indian art

Traditional auctions are the way to go, Auction House says, after record numbers in August

7 days ago Melinda A. Day